Please use headphones to have an inmersive experience 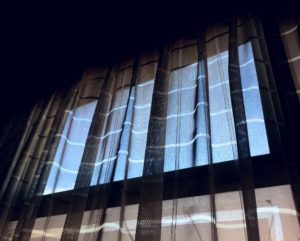 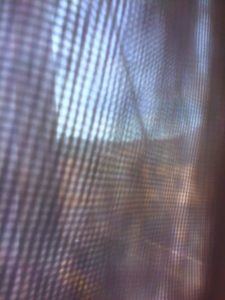 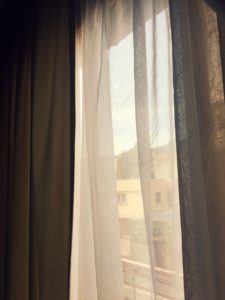 Cuarenpena is a sound journal built with sounds collected during my own strict quarantine experience. The journal displays a counterpoint between the text and sounds, always between the gaze of one’s self and the soundscape of that self that inhabits a confined body, like many others in the state of quarantine, and like few in the privileged position of having access to water, food, technology or to art. In Cuarenpena sound articulates generating a situational binary juxtaposition with different connotations (inside and outside, mind and body, home and street, the permitted space and the prohibited space, an individual space and a denied community space, and also an intimacy invaded by the public sphere embodied in the omnipresence of State control and abuse), through a semantic game of sound, emotion and the national socio-political context, in order to produce thoughts on the conflicts generated / deepened by the pandemic in our society, through an acoustic-body catharsis.

Adriana Aramayo graduated with a Bachelor’s Degree in Music (Composition and Conduction) from the Universidad Católica Boliviana «San Pablo» in La Paz. She has a postgraduate degree in “Reflections and proposals for the transformation of higher music education in Bolivia” from the Universidad de la Cordillera, also located in La Paz. In the city of Montevideo she studied composition of art music and popular music, as well as the analysis of art music of the 20th and 21st centuries with Coriún Aharonián and Graciela Paraskevaídis. She also studied classical and electric guitar, drums and piano at the Conservatorio Nacional de Música in La Paz as well as studying through private lessons. She was co-founder of Dúo Abrelata, a musical duet of popular music involved in creating with a contemporary approach. She was member of the Orquesta Experimental de Instrumentos Nativos (OEIN) and the Orquesta Sinfónica Nacional de Bolivia, among other musical ensembles. She has collaborated with several other musicians and with artists from other disciplines such as the Ensamble de Música Contemporánea «Petra», sound artist Violencya Katari and the sculptor León Saavedra Geuer, among others. She has also worked with the animation studio Oso Chascoso Estudio with Patricia Aramayo and Joaquín Cuevas, writing original music for animations. In terms of compositional language, her work can be perceived to be within the borders of both popular music and music of written tradition. She has composed music for animations, film soundtracks, theater music, chamber music, electro-acoustic music, music using electronic media in real time, choral music and songs. For over a decade she has produced and hosted a radio series of her creation, La Inaudita, on Radio Deseo, a broadcast focused on promoting contemporary music of written tradition from an educational and critical perspective, with special emphasis on Bolivian and Latin American production. She is currently focused on composition, audio production and music education.